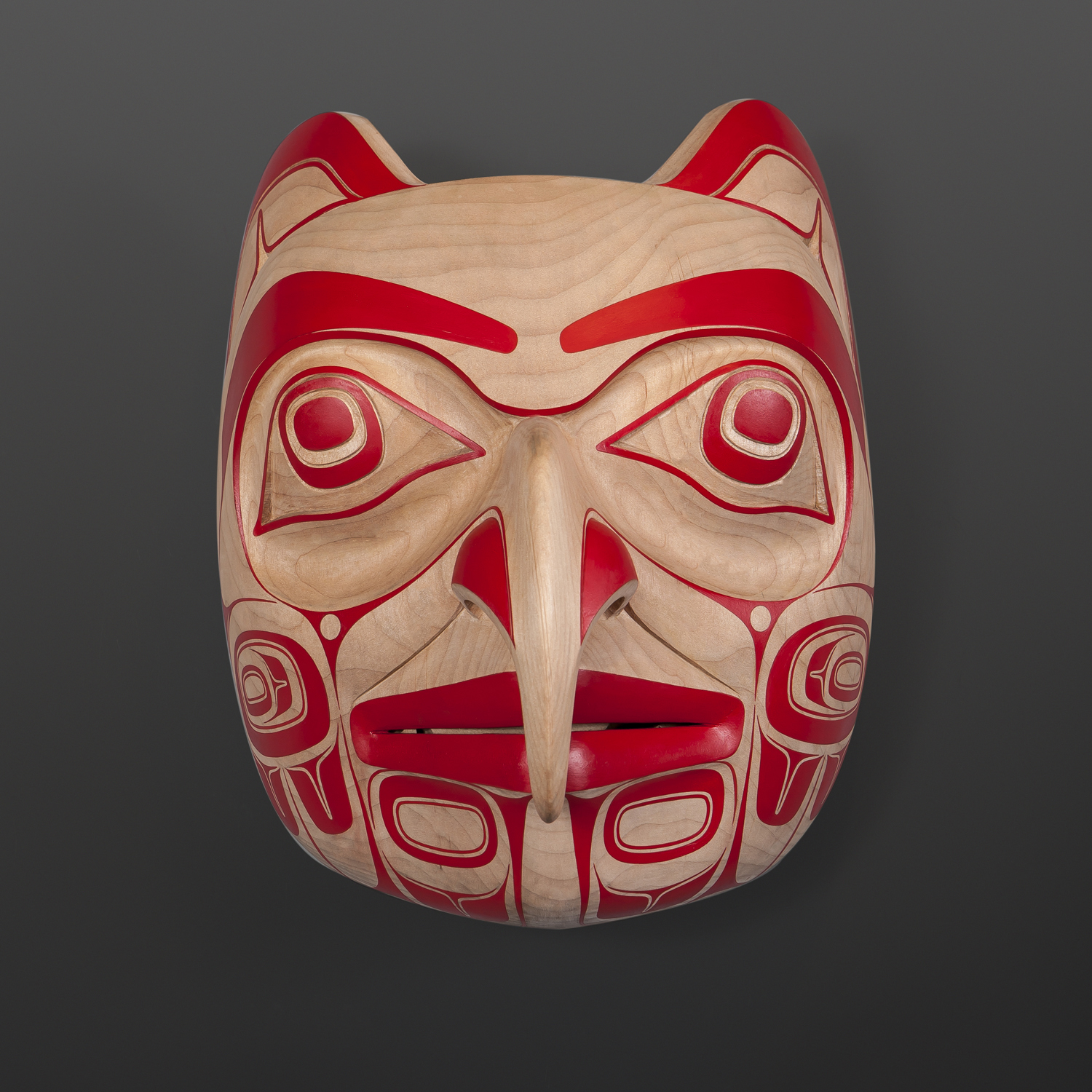 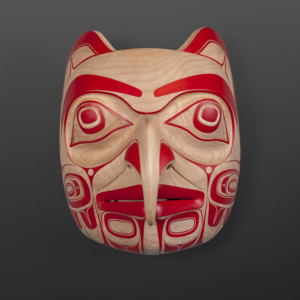 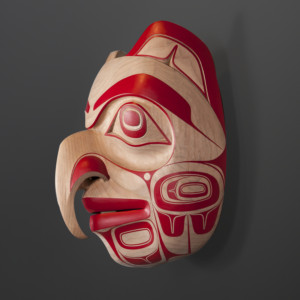 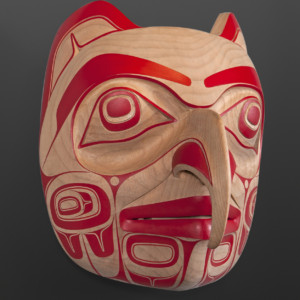 Haida mythology indicates that the Haida people held transformative abilities. An eagle village for example could be reached by its inhabitants by flying to it. Once in their house the people would hang up their eagle skin and become human until they ventured out again. This transformation also allows for travel between the earthly realm and the supernatural world. This mask represents such a transformation as the human body takes its animal form, hence becoming eagle spirit.