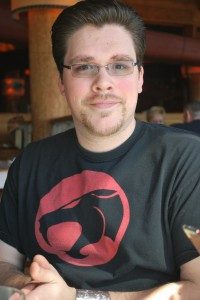 From a very young age David Robert was passionate and proud of his culture. David Robert began carving under the instruction of his father at six years old, and around this same time he also began to travel around the United States to assist his father in raising totem poles and teaching people about Tsimshian culture.

As an adult, he has continued to express the love and respect he has for Tsimshian culture through his art, cultural performance and teaching. David Robert’s elegant design style is drawn from a strong tradition of Tsimshian carving and design, and has been heavily influenced by the teachings of his father and the old masters. From 2009-2011, David Robert carved alongside Haida artist Robert Davidson, and with his guidance, David Robert has honed his craft to compare with the very best in Northwest Coast art.

In addition to carving full-time, every year David Robert and his father lead their dance group, the Git-Hoan Dancers, in performances around North America. In addition to performing at the annual Eiteljorg Museum Indian Market and Festival in Indiana, the Git-Hoan Dancers have spent time in New York, Santa-Fe, Haida Gwaii, Los Angeles, North Carolina, Vancouver, Portland, Seattle, Anchorage and Italy. He has taught S’malgyax (Tsimshian language), Tsimshian culture and Northwest Coast design in his hometown of Metlakatla, as well as in Anchorage, Juneau and Seattle.

A Note from the Artist

I am of the first generation of Alaskan Tsimshian’s to be raised with the potlatch system. I thank my ancestors who built such a rich and beautiful culture and who, through great struggle, endured to ensure a future for their children. I thank the elders that had the knowledge of the old days and for passing that knowledge on to my father. I thank my father for working so hard to help rebuild our culture. I thank everyone of his generation that have taken it into their hearts and passed it on to their children. I thank those of my generation who stand with me in living and perpetuating our culture. It is not for us that we’ve done all that we have. It is for the generations to come. Art is the visual representation of a culture and I am honored to be one of those who carry that responsibility.”